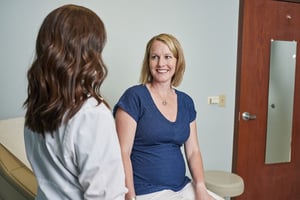 The O’Sullivan test measures pregnant women’s body’s reaction to glucose (sugar). The test is administered between the 26-28 week mark during the pregnancy and is done to screen for gestational diabetes.

Gestational diabetes is a condition when women without diabetes develop high blood sugar levels while they are pregnant.

After going through the test, that is further explained below, you will know if your levels are below normal, normal, or above normal. If your levels are abnormal, you will need to schedule additional tests to confirm your diagnosis.

The values that are used to determine gestational diabetes were first detected by O’Sullivan and Mahan in 1964 during a study designed to be able to recognize the risk of developing type 2 diabetes. Later the test was informally named after O’Sullivan.

Request An Appointment With Our Caring Providers